The Animal Microbiome in Health and Disease 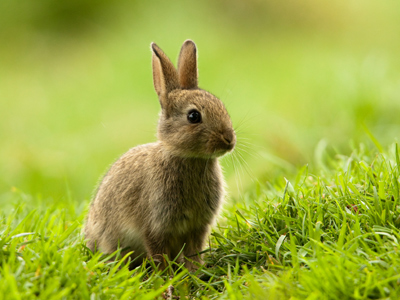 Microbiome stands for the genetic material of all the microbes like-Bacteria, fungi, protozoa and viruses - that live on and inside the human body. The Human Microbiome Project was launched in the United States in 2008, with $115 million in funding from the National Institutes of Health. This project emphasized comprehensive characterization of the gut, oral, skin, vaginal, and nasal/lung microbial communities of humans. The project was highly successful, resulting in not only the characterization of such microbial communities, but the development of new databases, tools for comparative analyses, and improved methods and systems for assembly of large sequence datasets. As a result of this project, scientists gained a better understanding of what a healthy microbiome in humans look like, how it varies from person-to-person, how it changes over time, and how it shifts in response to the disease process.

Microbiome research in human health has now shifted towards hypothesis-based approaches to understand the cause and effect relationships during the establishment of disease. This was made possible only through the initial investments aimed at defining and understanding the microbiome in health and disease states. Such research is now positioned to have true translational impact in the near future, thanks to these initial investments.

Unfortunately, microbiome research in production and companion animals has lagged behind human research because of an overall lack of investment towards defining the animal microbiome in health and disease. Slowly, funding has emerged to support this endeavor because of the realization of the benefits reaped through such research. Still, “animals” are much broader in scope than humans, and as such there is a dearth of data specific to each animal species. However, there is arguably just as much need for animal microbiome data as for that of the human condition, particularly in the One Health mindset where we should consider the health of the animal being intricately linked to the health of humans. Furthermore, animals serve as comparative models for many human conditions, and invaluable data can be gleaned contributing to solutions to human-centric problems.

The objective of “International Journal of Pure an Applied Zoology” research topic is to highlight microbiome-based studies in production and companion animals that contribute to the mission of defining the animal’s microbiome related to health and disease. Specifically, this includes baseline studies aimed at defining the core microbiome of the digestive, respiratory, and skin systems of the animal; identifying changes to the animal’s microbiome in response to pathogen or stress-related challenge; and understanding differences between microbiomes in animals that are susceptible versus resistant to disease. Research can involve studies with controlled animal experiments or field experiments addressing these questions, or may involve meta-analysis of existing data. Review articles on this topic are also encouraged. As a secondary goal, we hope that this research topic will stimulate discussion regarding uniform guidelines for designing and carrying out future microbiome studies in production and companion animals.

Submissions can be made either online or through mail to zoology@peerreviewedjournals.com

Sustained Angiogenesis: One of the Hallmarks of Cancer

Warburg effect and its advantage in cancer cells

A brief introduction to Stomach cancer