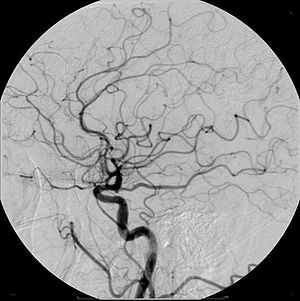 Atherosclerosis is a disease in which the inside of an artery narrows due to the build up of plaque. Initially, there are generally no symptoms. When severe, it can result in coronary artery disease, stroke, peripheral artery disease, or kidney problems, depending on which arteries are affected. Symptoms, if they occur, generally do not begin until middle age.

Prevention is generally by eating a healthy diet, exercising, not smoking, and maintaining a normal weight. Treatment of established disease may include medications to lower cholesterol such as statins, blood pressure medication, or medications that decrease clotting, such as aspirin. A number of procedures may also be carried out such as percutaneous coronary intervention, coronary artery bypass graft, or carotid endarterectomy.

Atherosclerosis is asymptomatic for decades because the arteries enlarge at all plaque locations, thus there is no effect on blood flow. Even most plaque ruptures do not produce symptoms until enough narrowing or closure of an artery, due to clots, occurs. Signs and symptoms only occur after severe narrowing or closure impedes blood flow to different organs enough to induce symptoms. Most of the time, patients realize that they have the disease only when they experience other cardiovascular disorders such as stroke or heart attack. These symptoms, however, still vary depending on which artery or organ is affected.

Clinically, given enlargement of the arteries for decades, symptomatic atherosclerosis is typically associated with men in their 40s and women in their 50s to 60s. Sub-clinically, the disease begins to appear in childhood, and rarely is already present at birth. Noticeable signs can begin developing at puberty. Though symptoms are rarely exhibited in children, early screening of children for cardiovascular diseases could be beneficial to both the child and his/her relatives.

Marked narrowing of the carotid arteries can present with symptoms such as a feeling of weakness, not being able to think straight, difficulty speaking, becoming dizzy and difficulty in walking or standing up straight, blurred vision, numbness of the face, arms, and legs, severe headache and losing consciousness. These symptoms are also related to stroke (death of brain cells). Stroke is caused by marked narrowing or closure of arteries going to the brain; lack of adequate blood supply leads to the death of the cells of the affected tissue.

Journal of Pharmacology and therapeutic research, 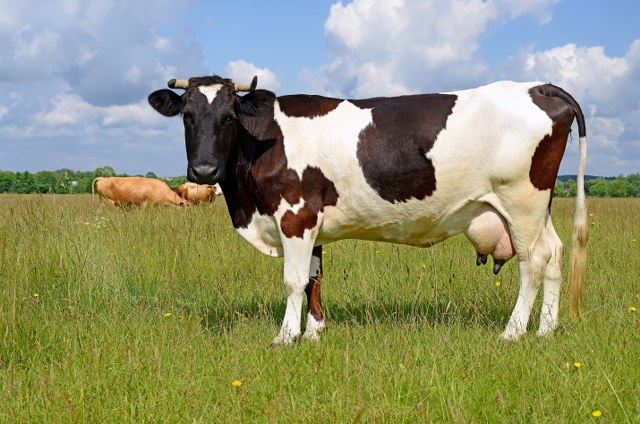 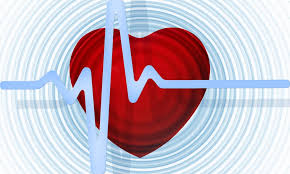 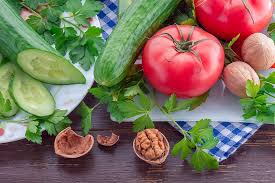 “Healthy does NOT mean starving yourself EVER. Healthy means eating the right food in the right amount”.

(Journal of Molecular Oncology Research) Pediatric Phase I Trials in Oncology: Toxicity and Outcomes in the Era of Targeted Therapies